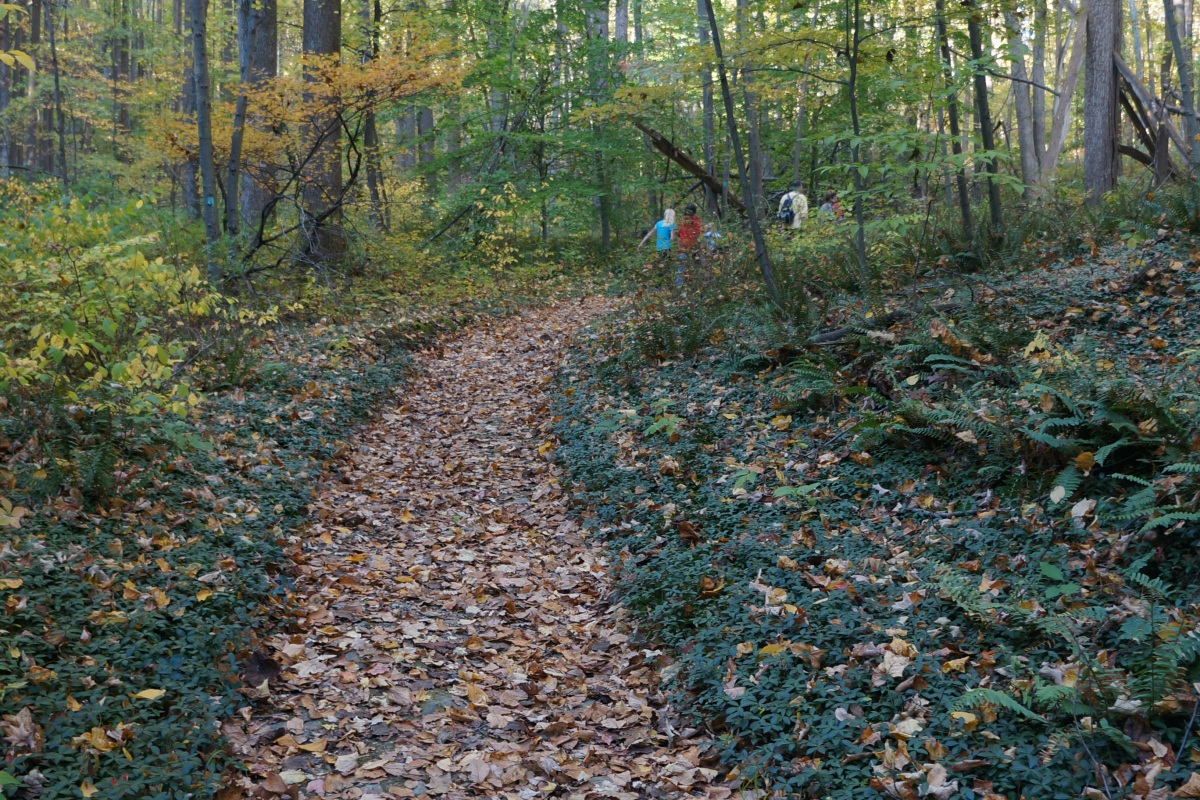 The season was just beginning to settle into fall. The day had been filled with dramatic clouds, dark against the sun, and on and off downpours. As evening approached, I headed out of Knoxville towards the Smoky Mountains. My destination was the Foothills Parkway.

After just a little more than a half hour drive, I turned on to the Parkway. The road immediately began to climb and soon I was at my first overlook. I got out of the car and looked out at the mountains in front of me and the valley far below. A farm was nestled in the valley, surrounded on all sides by mountains. It was a perfect setting! So I played the tourist and snapped a picture with my phone, got back in the car, and drove onward.

I stopped at overlook after overlook, pulling over just long enough to snap a picture and keep going. I had to laugh at myself because I was acting out one of my biggest pet peeves- only exploring a place as far as the parking lot! 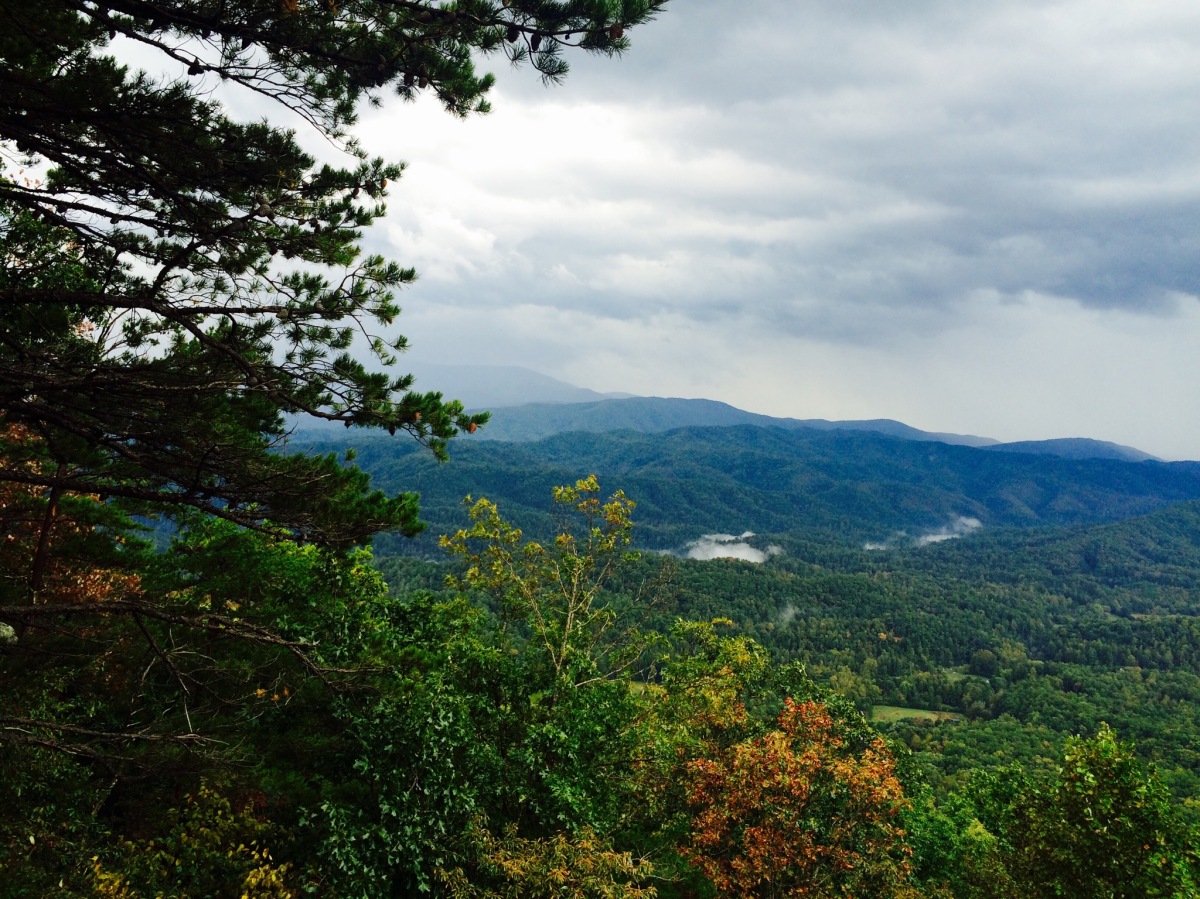 The Wikipedia page for the Foothills Parkway states that it is the “oldest unfinished highway project in Tennessee”. It’s construction was authorized in 1944! The original plan was for 71 miles crossing high ridges that run parallel to the Great Smoky Mountain National Park. I was on the longest stretch of the parkway- just 17 miles!

I pulled over at the next overlook, got out of the car, and walked down a path to bring me to a wide view of the mountains. The wind picked up and light rain blew into my face. In the distance I could see the rain moving across the mountains. Fog was tucked into every valley like hundreds of little campfires.

The rain seemed to be holding off so I decided to take a short hike up to a lookout tower: Look Rock. The path was steep and filled with fog. Water from earlier rains dropped off the trees around me. The smell of cedar and newly fallen leaves filled the air. I passed a group of teens heading down the mountain, but otherwise I was alone.

At the top of the mountain there was a ramp that led to the lookout tower. As I rounded the last turn up, I could hear it before it could see it. Humming and whirring, and howling. At the top was a tower straight out of a 1950s sci-fi show. The tower contained all kinds of machines used to collect data. Weather, cellular, aliens…who knows! The machines hummed and the wind, blowing in gusts up the mountain and slapping me in the face, blew through the machines creating eerie sounds with each gust.

The view from the lookout tower was beautiful with the Smokies on one side of me and the flat valley on the other. On a clear day you can see some of the highest peaks from here. But the machines were unnerving. All that humming and I couldn’t shake the feeling that I was being watched. So, it was time to go. 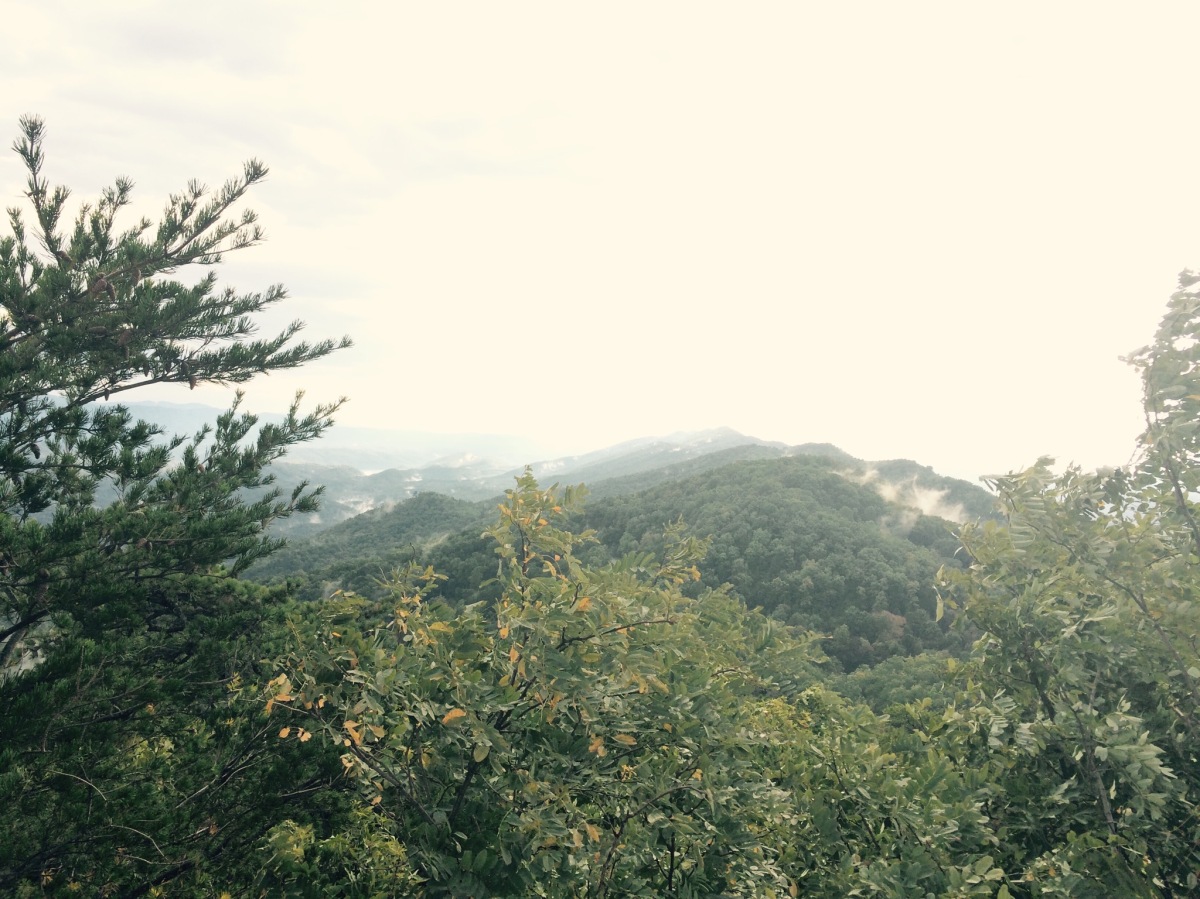 The Foothills Parkway is a great way to see the Smokies as a whole before you really get into the middle of them. It’s a quick drive with overlook after overlook to get out and see both the mountains and the valley.

You can go here for more info on the Foothills Parkway.

3 thoughts on “fall in the smoky mountains”