We had driven by the park many many times; flying by the exit on our way up north.  The sign, beckoning visitors to stop, faded more and more as the years passed.  Finally, one warm May day we decide to stop and look around.  We turned in to the large parking lot, now covered with potholes and weeds, and drove down a rutted road; heading back in time.

Frontier Town opened on July 4, 1952 in the Adirondacks.  America was obsessed with all things Western and Cowboy and Indian, which made the park a huge success.  It was a time when parks were full of live entertainment.  Real horses, shoot outs, and rodeos.  The park remained open, more or less, until 1998 when it finally closed forever.  Closed, no doubt, as a result of a society that was looking for faster and bigger and more extreme.  Just 14 short years later we stood exploring what remained.

As we got out of the truck to look around, I was struck by the silence.  There was no one around and, though we were not far from the Northway, nothing was heard except the clicking of grasshopper’s wings and the occasional cry of a hawk.  I could feel the loneliness of the place.  A loneliness that can only be felt in an abandoned place; a place that once bustled with activity. 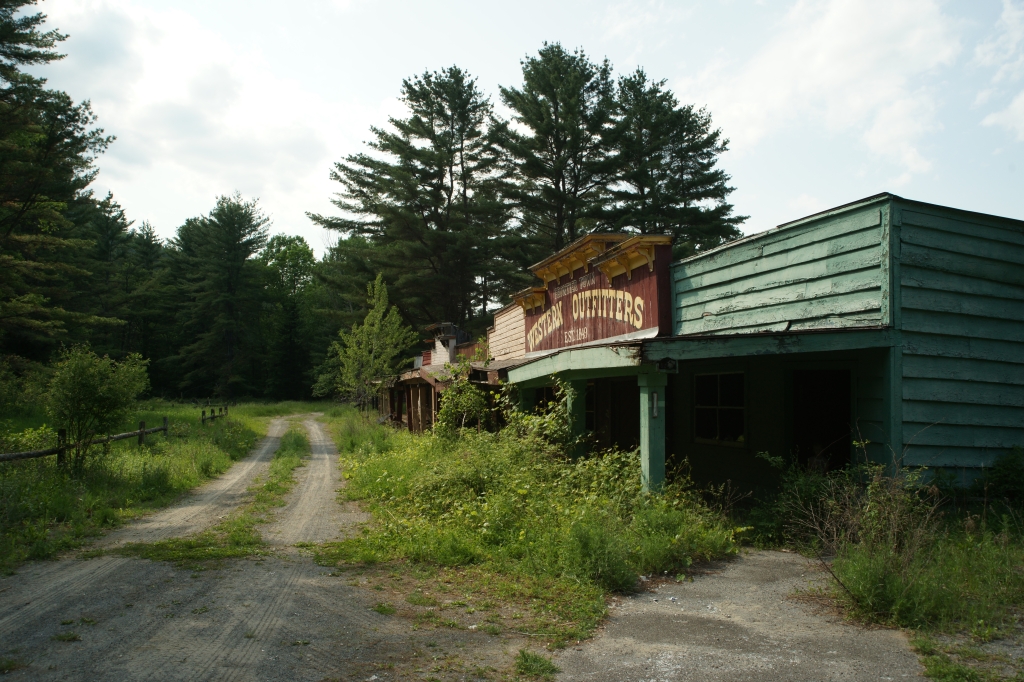 I walked around what was once the pioneer village.  What once was an open circular area with a pillory in the middle, was now quickly becoming reclaimed by the forest. Weeds and grass and whole trees had crept in and were now covering everything.  The buildings were literally being swallowed by the forest. A slow silent death that would soon erase all signs of civilization.

My kids ran from building to building peering into the gloom inside and excitingly exclaiming at what they saw.  Bits and pieces of a once busy amusement park.  Tables and chairs, a tipped over bed, ripped and faded posters on walls, a food counter, cash registers,etc.  Their laughter echoed through the park and I realized that, even abandoned, Frontier Town still had the ability to delight.  I could now feel the children of years past; laughing and running and being amazed by the sights and activities of the theme park. 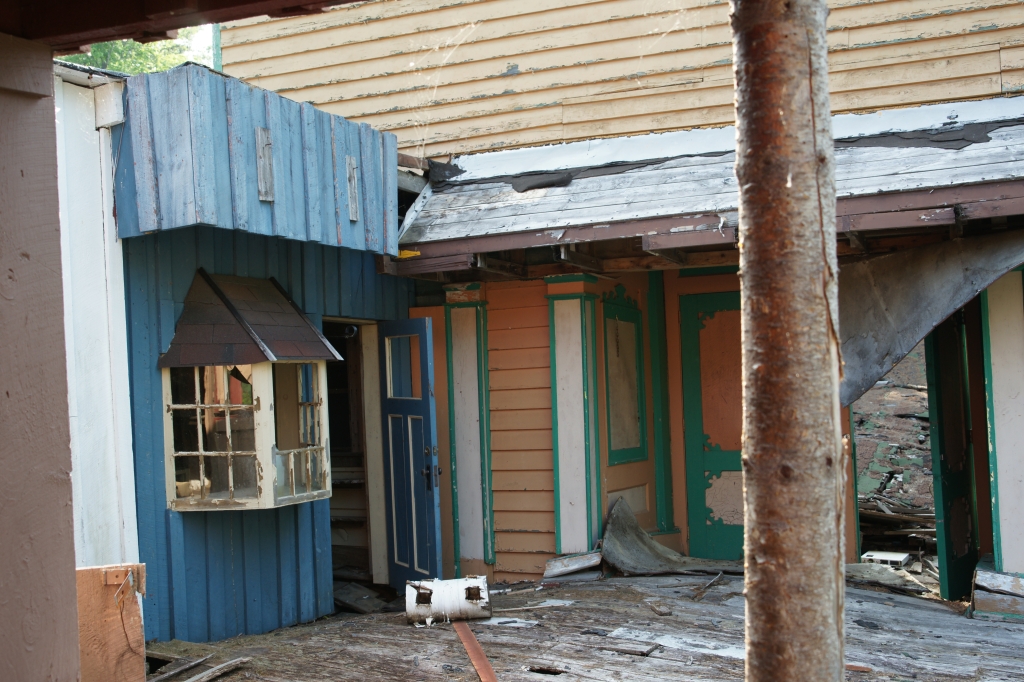 I smiled at the thought that Frontier Town could still entertain my 21st Century children.  Children of roller coasters and electronic devices and instant gratification.

The magic of Frontier Town remains. 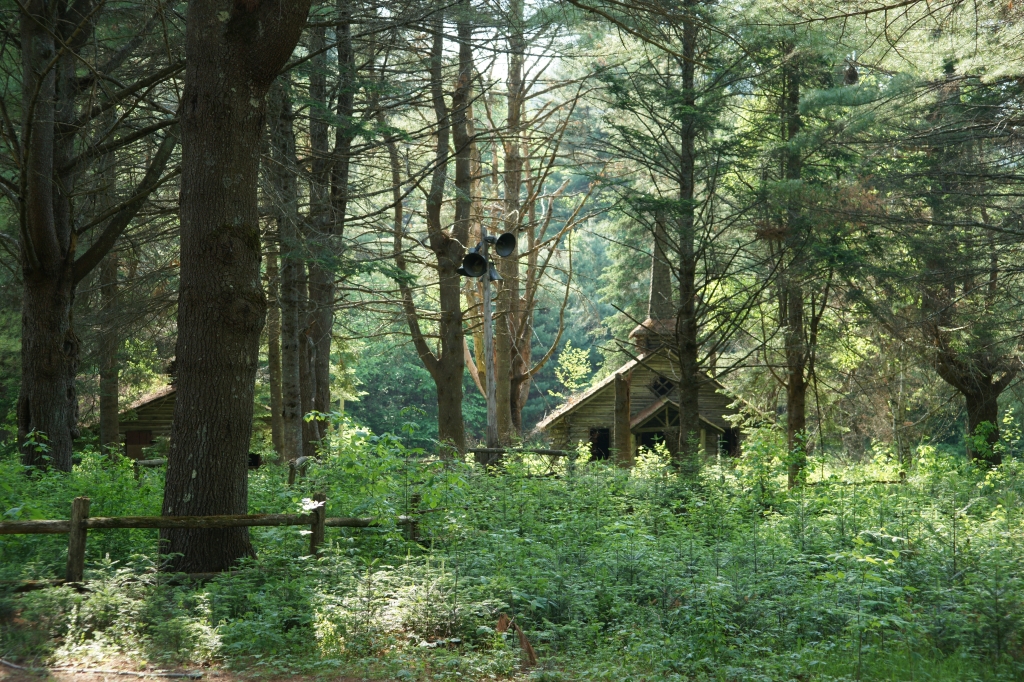 Click here to learn more about Frontier Town.  The site includes many photos both past and present and a detailed history of the park.