It was early morning and the day was already warm.  I walked around the empty field, enjoying the stillness of the morning, yet nervous because everything had to be perfect.  I looked down and breathed a sigh of relief because of what I saw in front of me.  Soupy, wet, thick mud.  Perfect!

It all started when I convinced a bunch of my friends that we should sign up together for a mud run.  A mud run, in case you don’t know, is a race involving obstacles and, of course, mud!  These are extremely popular events right now!  In just 2 years these events have gone from 41,000 participants to 1.5 million! Most events are for adults only or have a kid version of the event before the actual event, but I realized there are virtually no for kid only mud runs.  And who loves mud and obstacles more than kids?  I decided to change that and create a kid’s mud run!

So, I went to the pastors at my church and asked if we could hold a mud run.  We have a huge field in the back property of the church which is perfect for an event like that.  I think they thought I was crazy but then again I have had ideas like this in the past!  But ultimately they agreed and we decided to hold the event as a fund-raiser for Project Self Sufficiency, a local non-profit that “assists low-income families achieve personal and economic self-sufficiency and family stability.”  The Sparta Jr Mud Run was born!  Our motto, “A Little Dirt Never Hurt!”

I formed a committee and my husband and I began our in-depth mud run research which consisted of watching you tube videos of other races.  He got a group of guys together and they designed and created the obstacles.  Meanwhile my team and I handled all other aspects.  We mailed postcards out and waited for people to sign their kids up. 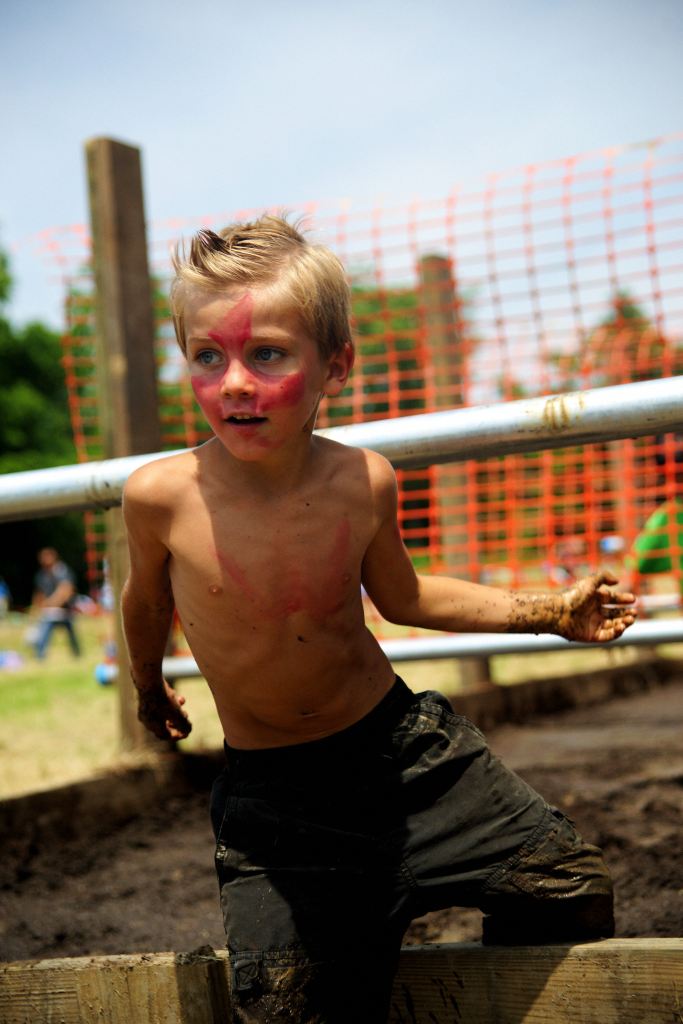 Four days before our early registration ended there were 4 kids registered.  We wondered if the event was even going to happen.  Then three days later, in true procrastination form that is this area, we had 75 kids signed up and it just kept growing from there.  Our concern went from “are we going to hold this thing” to “we need volunteers!!!” 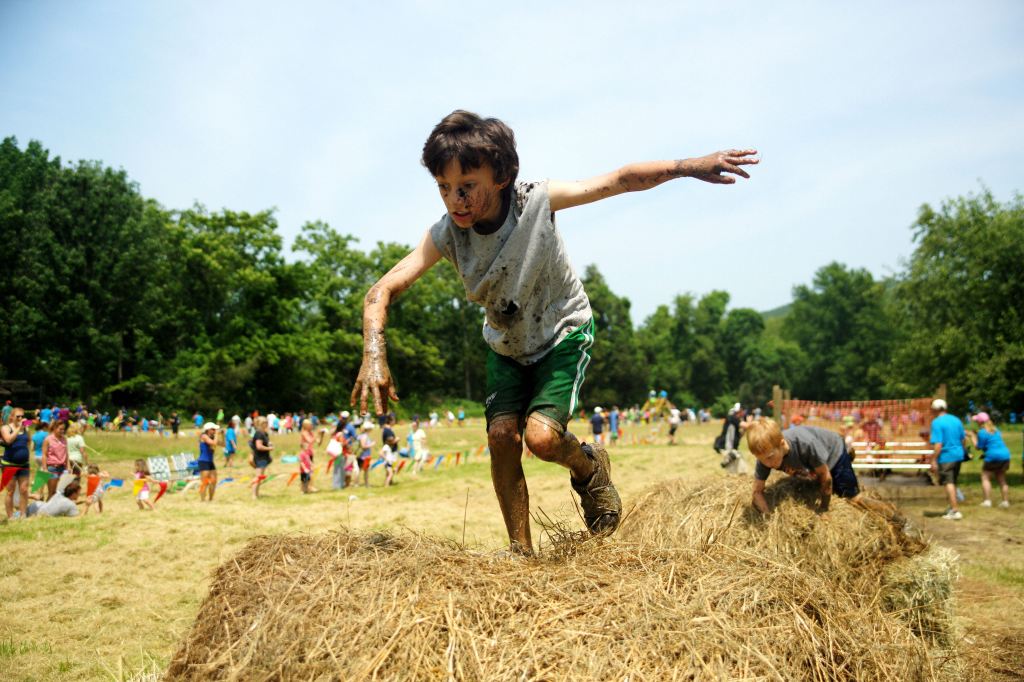 I began a massive recruit for volunteers to help out at the event.  We needed volunteers at each obstacle to help kids who needed it and to cheer them along.  Plus there was registration, sound, singing the national anthem, a MC, construction crew, wash station, food, starting and finish line officials, photographers, video, set up, tear down, etc, etc, etc.  People came through and we ended up with close to 60 volunteers. 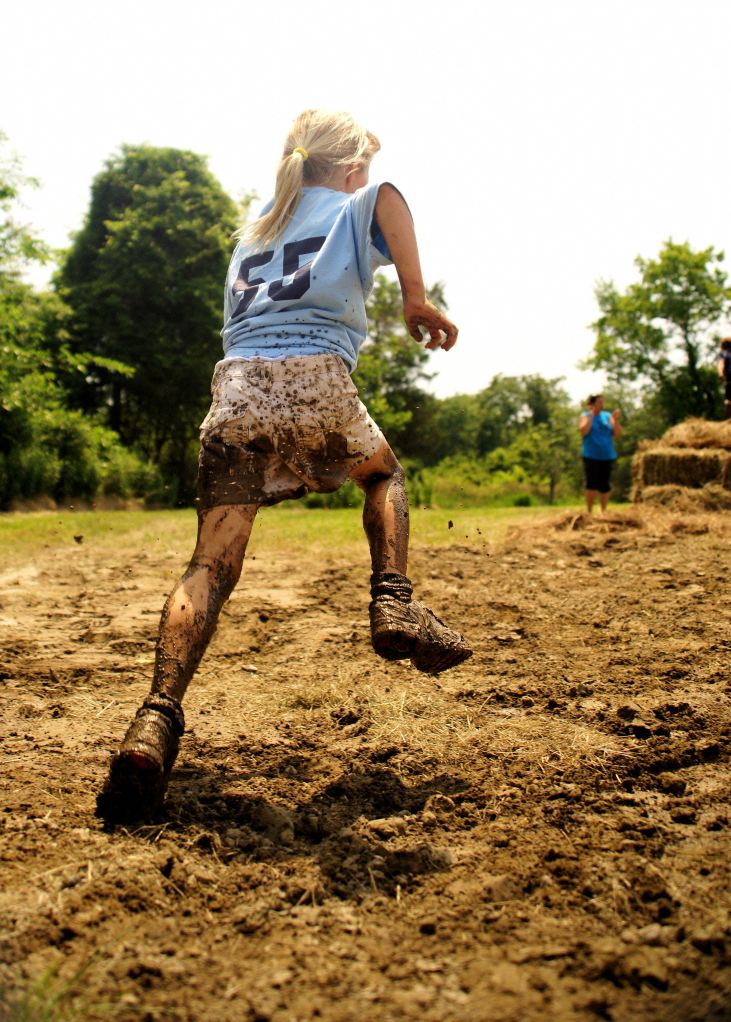 The day of the Sparta Jr Mud Run arrived with 150ish kids ages 5-12 signed up.  The weather was perfect, sunny and warm!  We ran around completing last minute tasks and soon the kids began to arrive.  They kept coming, and coming, and coming…

188 kids ended up participating in the mud run!  I had spent sleepless nights picturing total chaos with all of those kids, but that wasn’t the case.  We had them sit by heat, which consisted of 4 heats by age (5&6, 7&8, 9&10, 11&12).  The volunteers at the starting line did a great job of organizing and entertaining the kids until it was their turn to run.  Everything remained orderly!

The 5 and 6 year old’s ran first.  At the sound of the start gun they were off (with only a few in tears!) running on the half mile course towards the first obstacle.  They ran along a path and quickly reached the tire run.  Then they continued on to the monkey bars, “barbed-wire” crawl, cargo net climb, tube slide, over-under bars, and hay bale climb; getting muddier and muddier with each obstacle.  The kids crossed the finish line with huge smiles on their faces.  We awarded 1st and 2nd place for each sex per age group (my son won 2nd place!  just sayin!) and snapped a picture of each kid.

As the race went on and the kids got older, they also got muddier.  Kids crossed the finish line covered in mud from head to toe; it was even in braces!  But these kids were the happiest and had fun determining who was the most muddy.  Parents laughed, high-fived, and took pictures of their filthy kids, many of which attempted to sneak back on the course to run it again.

As parents and kids began to head up to use the wash station and get some food, a whole new group ran the course: the volunteers!  Laughing, and throwing mud at each other they plowed through the course practically swimming in each pool of mud!  The kids looked clean compared to the volunteers who crossed the finish line completely covered!

All in all, the day was a success!  We raised a lot of money for Project Self Sufficiency and everyone seemed to have a great time!  People are already talking about next year! 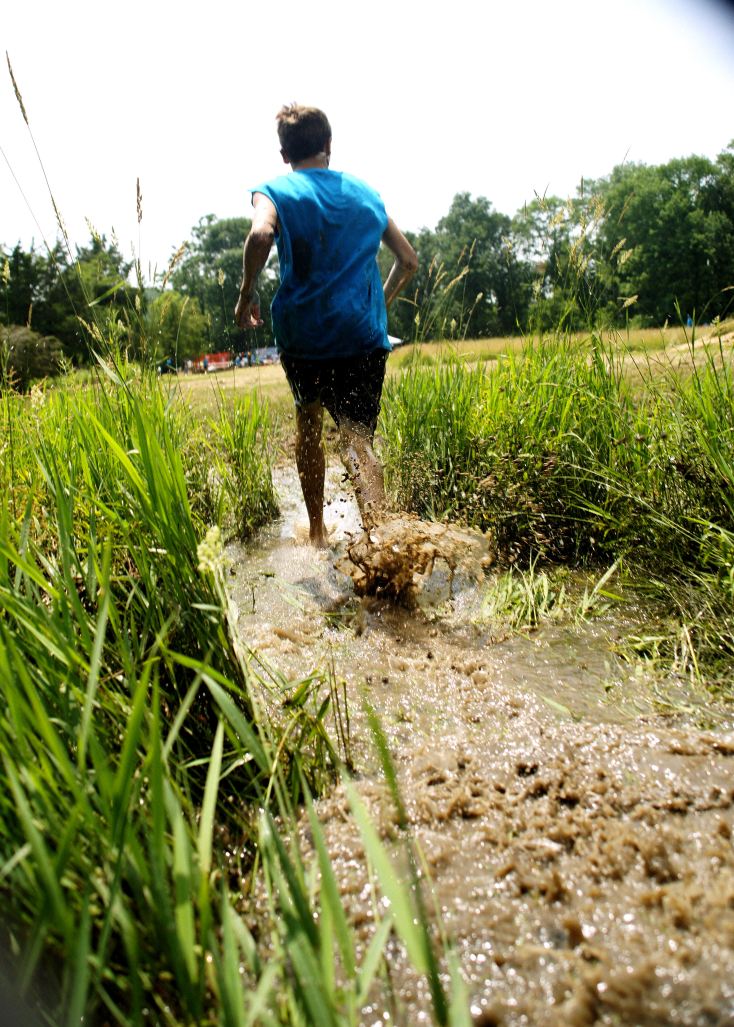 If you have never participated in or have seen a mud run, I highly recommend it.  They are so much fun!  If you’re in the Northern New Jersey area next June, you’re welcome to attend ours, the Sparta Jr Mud Run! 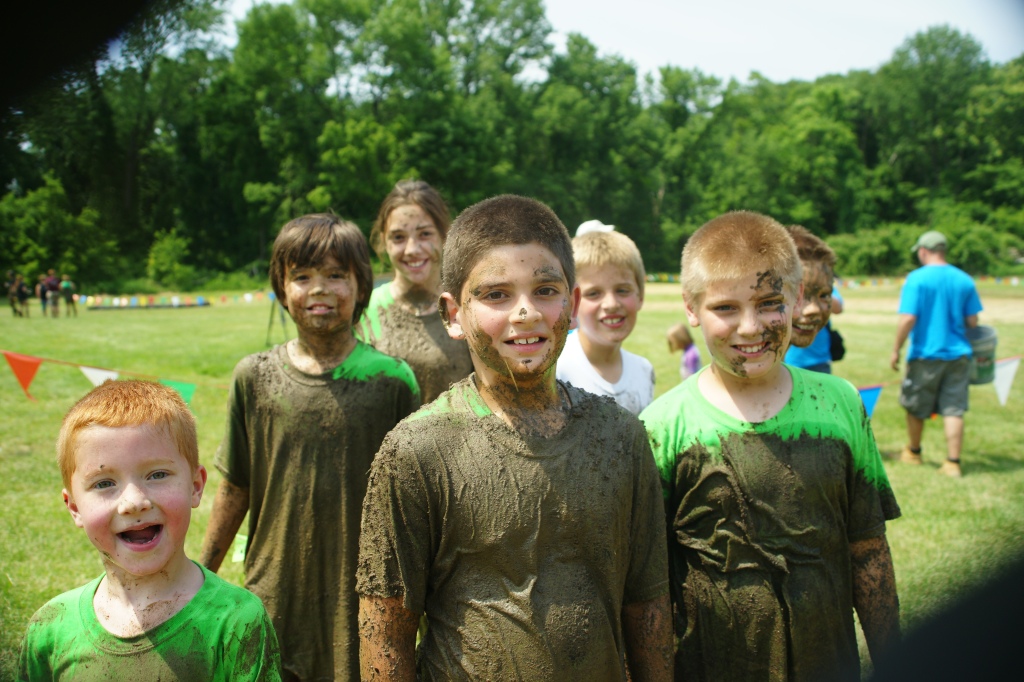 3 thoughts on “a little dirt never hurt: a mud run for kids”